What`s the deal with the costumes? Part one...

am Januar 02, 2013
Hello Lovelies, today I want to show you mine and hubby`s
New year`s eve costumes.
My friend had this big movie star party theme going on.
There were some disney princesses, action heroes,
some anime attendees and fairytale residents:)
I wanted to go to this party so badly, but has no idea who I want to portray...

Than my hubby ment he want to go as Bane...
I thought this is lame, I think every guy in this town was Bane at Halloween
and than would be at carnival.
Have anyone ever been at a german carnival?
Oh my, if not, you have to go!!!

But at the second thought, why not, so I coud match him and be
Poison Ivy;)
Perfect couples costume.
And a big big DIY!

So we celebrated among other crazy people and it was a blast!

You wanna know how we looked like, and how I made it?
If yes, please read till the end,
or just look at the pics;)

Okay and here are the pics!
Some are a bit blurry, but I promise you get the idea;) 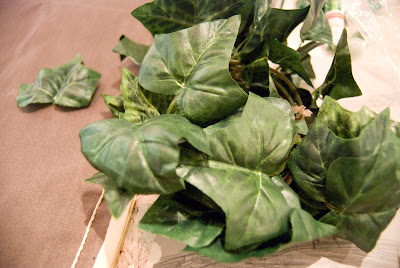 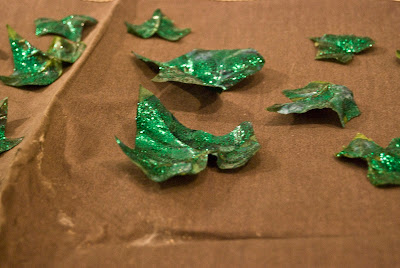 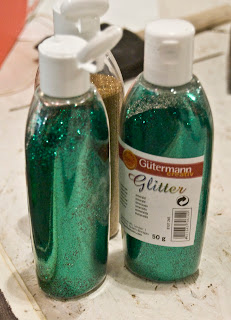 This one I used plus some mod podge.

I glittered so about 40 leaves and then stitched the big ones to my dress
and kept some small ones for my eyebrows;) 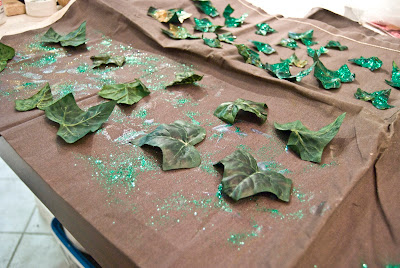 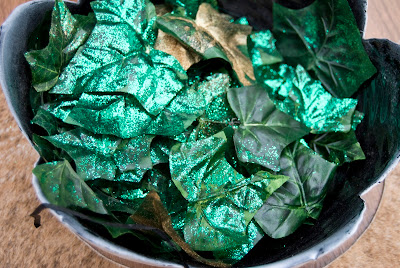 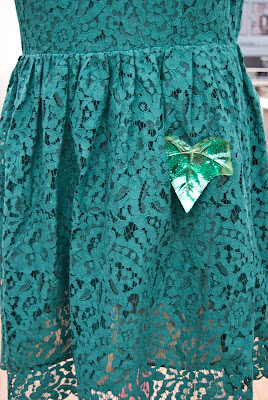 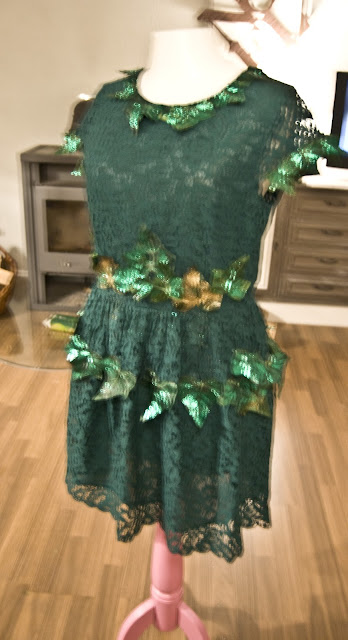 This was the dress and now to the gloves and tights.
Just took some tights in my skin color, sprayed them with some spray glue for fotos.
And than simply strayed green and gold glitter over them. 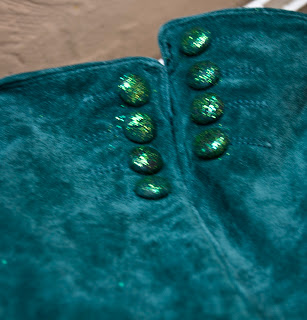 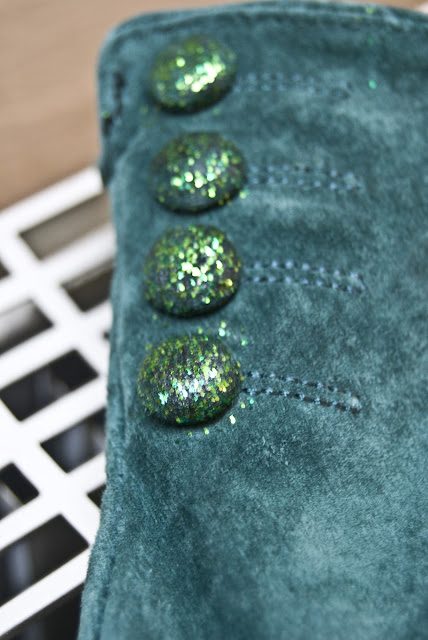 Same technique a s the leaves, glitter plus mod podge. 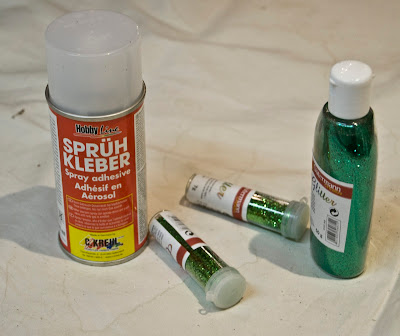 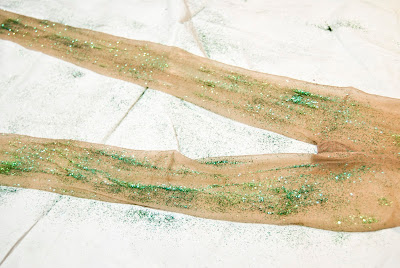 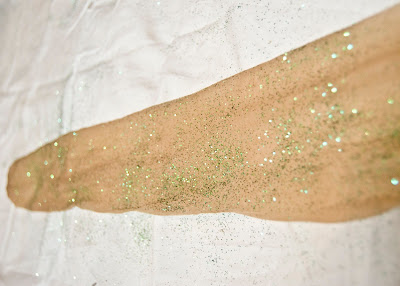 So and now we`re ready for the make up and the eyebrows!
I used some small leaves a s I told before,
just cut them in the shape of my eyebrows
and glued them to my face with some and some mastix spirit gum.
This is a glue which is used to glue on some stuff to your skin;)
It is also really easy to remove, so don`t worry to try it.
You want have stripped down all your eyebrows;)

Are you prepared for the whole look?
Don`t be scared;) 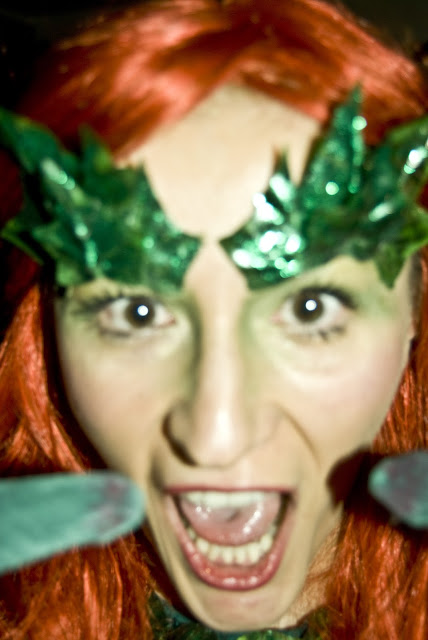 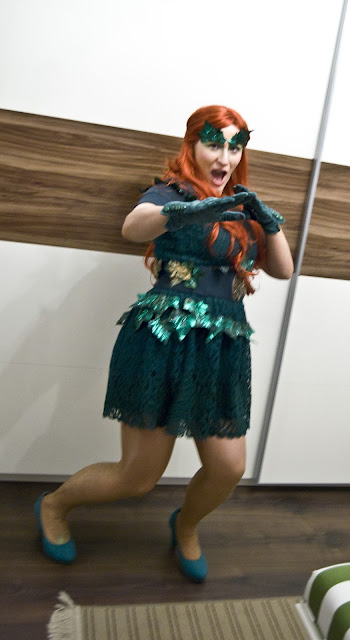 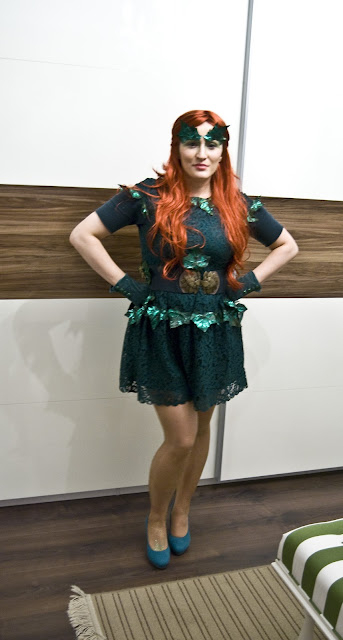 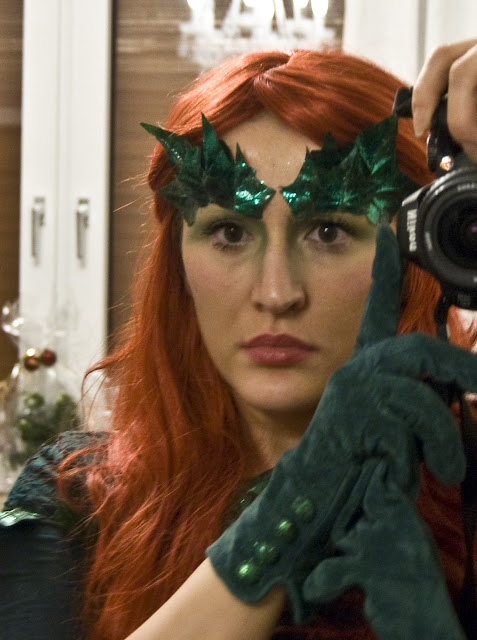 So this is it.
What do you think about my DIY?
Like the costume? 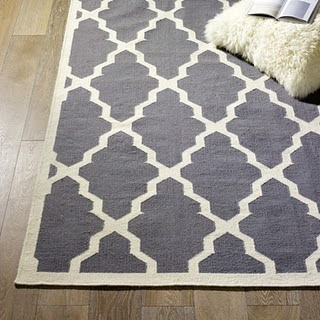 Hello Lovelies,  today I will show you my painted rug;) As you can see it in this post here,  I bought a rug at IKEA and found this nice inspiration foto,

than searched for a pattern and found this here...

made a stencil and traced them on the carpet.


Than the crazy part starts;) It took me two days to finish this project...

That`s how the carpet looks like after one coat of gray paint (just a little wet), which looks more blue than gray on the fotos but it is a warm gray tone.

After everything dried I started to paint the spaces in a creamy white. And that`s how it looks right now after sanding it a little bit.

I`m pretty happy how it turned out;)

What do you think? Do you like my new carpet as much as I do?;)

Here are the most asked questions about this project!
And the answers;)
1. Which size has… 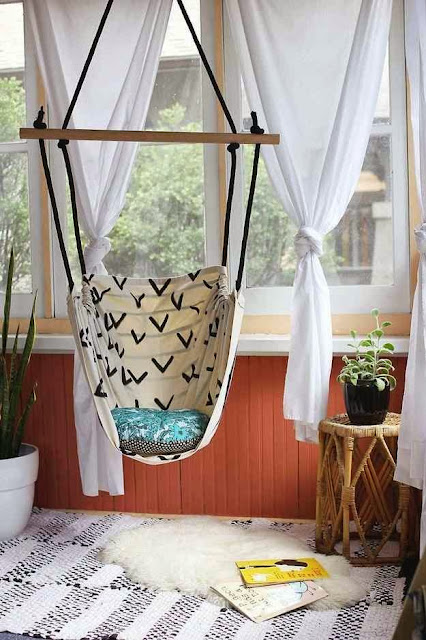 Hello Lovelies,  since my patio, which is becoming more of a sun room is far away from getting ready.   (Because we find more and more stuff to improve) I wanted to share my favorite inspirations from Pinterest. So here we go;)


Love the lights in these two photos.


Isn`t this gorgeous?
Oh and this one, it would be nice to have it, too!

So enjoy them, all found on Pinterest! I will go back to painting;) 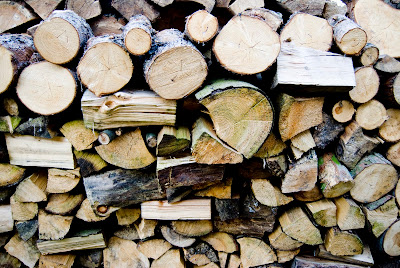 DIY lamp from a tree stump...

Hello Lovelies;) Yesterday I showed you this photo.

I´ve made even more;)

And than it hits me... Why not make a lamp from a tree stump? I had this old inexpensive lamp fixture from IKEA.


Than came the tough part, to pick the perfect tree stump... Finally I´ve found this one

I sanded them a little bit to get the rough parts nice and smooth and  gave them a coat of clear paint. Than drilled a hole through the whole stump and added the light fixture to them.


Here you can see the drilled hole. Add a bulb and your lamp is ready;)


Sadly I don`t have the perfect lampshade yet. But it looks kinda cool, so earthy and rough;) I thought about one of these also from IKEA.

What do you think?
I think I made one more and than place them in my bedroom on the nightstands;)
Do you like my new lamp?;)

Get your craft on
Pudel - design